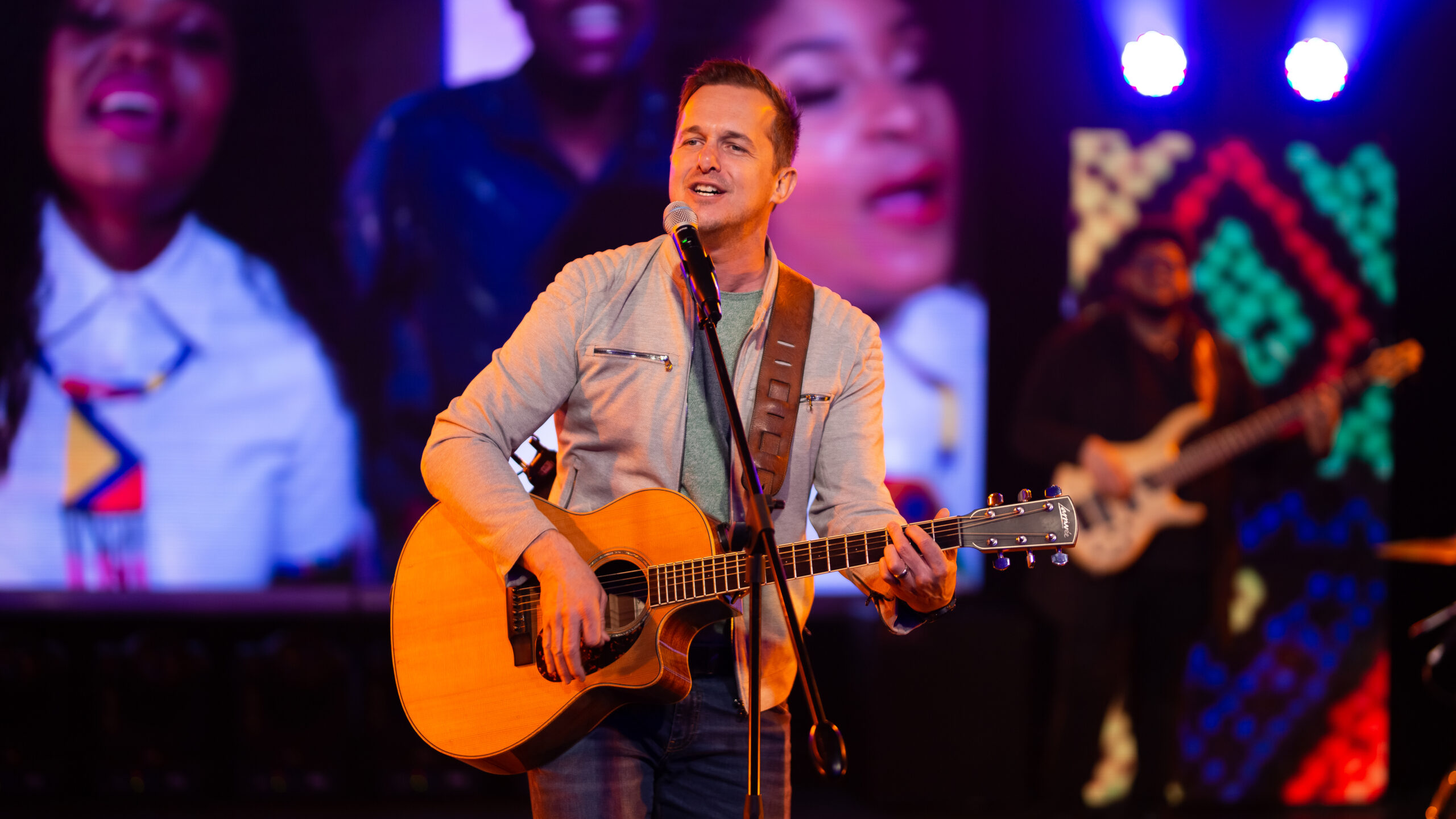 His professional career started in 2002 when he won South Africa’s first season of Idols. It started a whole new accelerated professional season in the singer’s life and brought about some impressive achievements, including:

4th place in World Idol; being a Disney soundtrack artist singing Chasing Shadows for the SA soundtrack of Treasure Planer, 3 SAMA (South African Music Awards) nominations, 3 People Magazine Crystal Awards; 3 Ghoema (Afrikaans music) Award nominations; 4 Tempo Award nominations; winner of Bok Radio’s “Singer of the Year” award 2014; A single, 6 studio albums and 2 Live DVD’s – out of which he achieved Double Platinum, Platinum and Gold status sales; lead role in the North American and Japanese touring production of  RENT ’07-‘08;  roles in the local soap opera, Binnelanders and drama series, Getroud Met Rugby; continuity presenter on the Kyknet channel, and in 2013 the lead role in “Jesus The Musical” at the Pretoria State Theatre; a lead role in the hit romantic comedy film, “Mooirivier” for which he wrote and co-produced the hit single “Meisie Van My Hart”; and 2015 saw him releasing his first book, “In Ritme Met God” (In Rhythm With God) – a testimony based book about identity and calling.

In 2014 he relocated to Somerset West with his family, where Heinz and his wife Aletté both work from home with their 3 boys, Lian, Simeon and Reuben and their daughter, Alannah.

The latest:
Winckler is currently working on his 8th studio album and second Christian Contemporary Worship album. He is once again teaming up with Daniel Ornellas, an expat producer based in Nashville, TN. In 2019 Heinz went to Nashville to write brand new, powerful worship songs with some of the best writers in the CCM space.

In 2019 Heinz founded LoveKey NPC (Non profit company) in order to start a traveling ministry. But things changed in 2020 with the lockdown period. During 2020 God led Heinz and his family to plant a new, independent local life-giving church called LoveKey Church.

The singer/song-writer released a single in August 2018 where he teamed up with two of his talented colleagues in the music business: Neville D (Dove Award winner and Grammy Nominee) and Loyiso Bala (SAMA winner, Metro FM Award winner, Director of TBN Africa) to bring the special song with a message of unity, “It’s Time”. The three singers teamed up to inspire South Africans to celebrate their and each others’ diversity in unity. The song released to radio and digital platforms in August 2018 and the music video in September 2018.

In 2016 he was cast in a lead role in Frans Cronje’s (Faith Like Potatoes) latest offering set for release in Sept 2017, entitled “The Roar” – a film about God’s purpose for your life.

The singer released his first Christian Contemporary Worship album in September 2016 with the first single “The Roar” having pre-released earlier that year at the International Christian Visual Media (ICVM) conference in Cincinnatti, OH. He co-wrote this inspiring track with Rain Collective writers Aaron Tomberlin and Rhyan Shirley. It’s a battle cry song inspired by Jesus’ last words on the cross, the Lion of Judah’s mighty roar that calls us to true freedom and purpose.

The record also features a new version of the huge worship hit, “Let It Rain”, which Heinz co-wrote with it’s original author, Michael Farren, and his producer, Daniel Ornellas. Winckler was inspired to write new verses for the popular song in the wake of devastating droughts in South Africa in support of the struggling farming community, while at the same time addressing the spiritual drought in the nation.

Since the release of The Roar album, Winckler has been focusing on ministering in churches, at men’s events, hosting marriage seminars with his wife (Aletté), all with the main aim of seeing lost people saved, saved people healed and healed people discover and step into their callings. His testimony about how the album The Roar came about, is incredible and serves as an inspiration to have faith and obey God no matter what the circumstance.

He is the passionate and proud husband of Aletté-Johanni Winckler (CEO of The SA Image Academy, Image Consultant, Speaker, Writer) and father to three boys, Lian (11), Simeon (9) and Reuben (7), and their daughter Alannah.